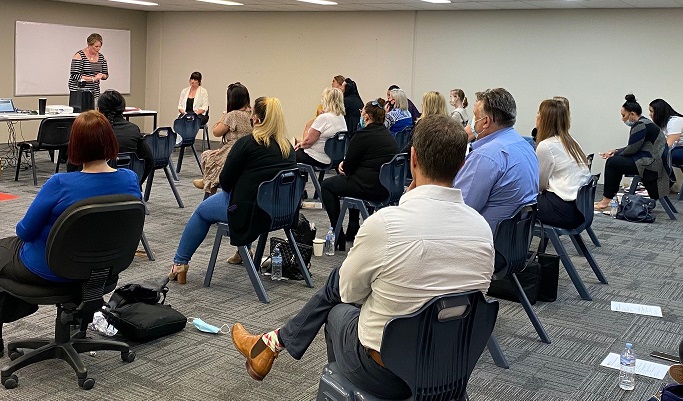 By Michelle RyanOctober 7, 2021No Comments

Recently, the team at BUSY Ability were honoured to have Dr Suzanne Reich present her insights into reintegration for people exiting prison and the many challenges they face. Crucial team members of BUSY Ability and BUSY At Work have recently been working with regional correctional facilities to support and prepare prisoners who are due for release.

Dr Reich is the Program Director for Criminology and Criminal Justice major at the University of Southern Queensland and also a Senior Lecturer, based in the School of Law and Justice. She has a Bachelor of Arts (extended major in Sociology, single major in Criminology), as well as Honours (First Class) in Criminology and a PhD. In her PhD thesis she examined whether and why employers will hire job applicants who have a criminal record with a particular emphasis on the beliefs employer’s hold about the capacity for ex-offenders to change and desist from crime, and how desistance from crime is recognised by employers. Her previous employment includes working with at-risk young people in the community as well as in detention. She then worked in the Offending Behaviour Programs sector within the adult prison system in both Australia and England, working specifically with serious and violent offenders.

In the presentation, Dr Reich spoke about the importance of friends, family and community in the reintegration process and how important finding steady employment can be in the success of this reintegration. Dr Reich also spoke about the importance of self-perception (particularly about overcoming the shame), defining themselves as the whole person and not just on their past actions; and how catalysts like marriage, starting a family, a stable job, education, military service or a location change can assist ex-offenders to feel part of the community again and make real change. According to Dr Suzanne, the risk of recidivism (or re-offending) was highest in the first twelve months of release and the longer the person goes without offending the less chance of re-offending, particularly with influence from these ‘catalyst moments’.

The audience then heard from an ex-offender who was incarcerated at Numinbah Women’s prison. Sentenced for three years, the ex-offender served six months in prison and the rest under a community services order. Previously to prison, she worked in high-level executive roles and on her exit from prison she spoke of the shame and struggle to re-identify herself within the community.

Jason Shield, CEO for BUSY Ability said “The information presented by Dr Suzanne Reich will be highly useful to the team at BUSY moving forward with our ex-offenders support program. We really appreciate the time she took this week and her candid and incredibly interesting insights!”

After the presentation we were able to ask further questions and Dr Reich’s insightful answers are below.

What does reintegration involve from an employment perspective?

It’s how people see themselves, the idea of making good and giving back, to make some sort of amends to society more broadly. For ex-offenders it’s important to be able to give back and make some kind of amends for the wrong that has been done and not necessarily to the victim but to society more broadly and employment is one way for this to be facilitated. But it also provides structure – when you have a stake in conformity (by having a job) there is too much to lose, income, sense of self-worth, achievement.

The notion of “What you did is who you are” is something that you mentioned sparked you to work towards driving change. Can you tell us more about this?

It’s about the person separating themselves from the crime they committed. That labelling effect means they start to see themselves as that. If that is the case, then behaviour equals identity. We all have capacity to do negative things but it is not necessarily who we are. Changing the narrative to ‘yes I did that but I also now work in the community, have a family, a steady job. It is now something that you did but not who you are now.

What are some actions that the BUSY Ability team can do to help change the attitudes of some employers who may think “once a criminal always a criminal?”

We don’t know what someone’s mindset is until you meet them. Some of this is feeling empathy. The fact is, everyone has the capacity to commit crime. For example, what would you do if someone hurt your kids?

Hiring someone with a criminal record brings a more concentrated version of someone who hasn’t been to prison. Ex-offenders know how hard it is to get a job so they will do everything they can to hang onto that job and be a really valuable employee. When an employer gives them a chance, that person will give that employer loyalty, hard work and will be doing everything they can to be a valuable employee.

Also, tapping into their sense of empathy. Employment is one of biggest preventatives against reoffending and so by employing someone with a criminal record you could be part of the solution.

What are some positive things that employers have said to you about hiring an ex-offender?

“They’re the best worker I’ve ever had”.  One employer I will never forget hired an ex-murderer but he hired the person before knowing of his past. He told me recently ‘that guy is now one of my best friends!’.

Richard Branson came to the conclusion that employers should be looking at prisons for their future work force as there is an incredible amount of innovation and skills in prisons. He started his prison employment program with Virgin after visiting Australian prisons.

What would you consider the most important factor in successful re-integration for ex-offenders?

Relationships with other people first and foremost are the most important. New connections with positive people, rather than gravitating to other released prisoners because that’s where they then end up back in dangerous territory.

How do you think we can reduce the risk perception from employers?

I would encourage employers “to meet the person yourself and then make up your mind. Also, on the other side, the ex-offender telling their story – what happened sure, but what happened next, what is your redemption story? We need to de-mystify ‘who is a prisoner’?

What support/s do you think are currently lacking for recently released prisoners?

What impact does homelessness and poverty have on re-offending?

It all goes hand in hand. Many people come out with nowhere to go and just a couple of hundred dollars. Then they have to wait for Centrelink so already they may be at risk because they need to survive. Prison provides three meals a day and a bed.

Women in domestic violence situations, because of the financial abuse they can’t escape. To escape they become homeless, potentially with children and because of their situation they are desperate and, for example, they may then make a fraudulent claim with Centrelink.

Why someone commits a crime is usually quite complex with many factors leading up to the crime. 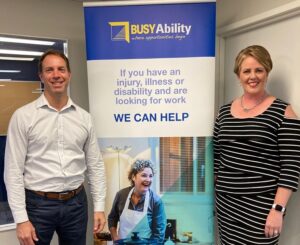 To find out more about Dr Suzanne Reich and her work visit https://staffprofile.usq.edu.au/Profile/Suzanne-Reich