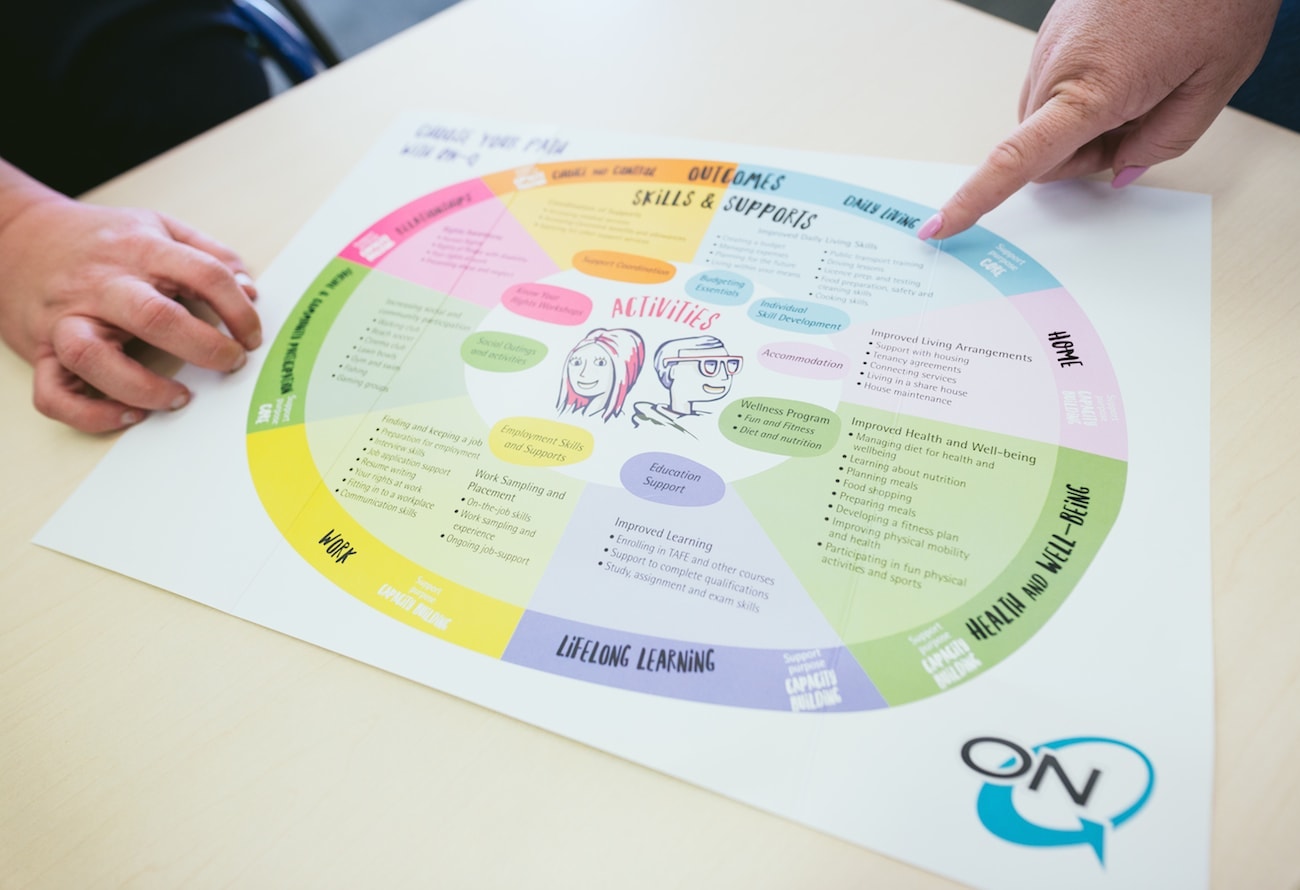 This article is written by Roland Naufal, Disability Services Consulting.

It’ s a really scary time in the NDIS. We are starting to hear about program and office closures and a number of big mergers have been recently announced.

Sector angst is cranked right up and there is a lot more noise than light coming from the people who are meant to be providing advice. Providers are wondering what is the right thing to do? What’s the strategy that works in such chaos? A strategy we are seeing a little too often is ‘get big’. Grow, merge or freak out.

There is a received wisdom that continues to circulate the sector, that you have to be big to survive in the NDIS. Some organisations are even setting big revenue or turnover targets as the measure of success.

Well, one person’s strategy is another person’s dumb idea. The thinking behind the get big approach is based on the idea of economies of scale, that to succeed in the NDIS you need to have lots of head office grunt, a large customer base, big bucks to spend on marketing, amazing software and a whole crew of accounting and finance staff.

At Disability Services Consulting, we’ve been questioning this wisdom from the outset and we are now seeing that practice backs us up. The evidence and data is coming in thick and fast, big is not necessarily better.

Although larger providers can look stronger, often that is only because they may have accrued savings or assets and alternative income streams to delay the inevitable. After 5 years consulting in the NDIS, if I was using my own money and had the choice to start with a large or small organisation in the NDIS, my answer would be small, every time.

So why would I rather run a small organisation in the NDIS? It seems counter intuitive, but in some businesses the bigger you are, the harder it is to run a financially sustainable business. It’ s the exact opposite of economies of scale. It’ s a legit economic concept called ‘diseconomies of scale’ and one measure is the distance between a customer and the CEO. The greater this distance is, the greater the costs of middle management, communication and quality systems, infrastructure, compliance, risk management and delivering high quality customer service.

Just think about the time and resources involved in responding to a customer complaint in a big disability organisation versus the relatively simple follow up process in a small outfit, and you get the idea behind diseconomies of scale. In disability, when 85% of all your costs are staff, you want to cut down on all costs that do not add value. You want all your resources as close as possible to the front line. But surely there are economies of scale in being able to share the organisational spend on big ticket items such as marketing, software, HR and policies & procedure development? Well no, not so much in the NDIS. DSC’ s advice and experience says:

Most of the disability organisations in our sector are small to tiny. In NSW, around 85% of providers have less than 300 clients. Thanks to early misinformation in the sector most of these small providers are now scared witless that they are too small to compete in the NDIS. The small outfits are particularly worried that big new players are going to come in and cream them.

Well, let’ s look at what is emerging in NDIS practice and start with one big live example. It was widely reported that in late 2015, Australian Unity paid the NSW Government a whopping $114 million to buy the ADHC Home Care Service of NSW. The service was one of the largest in the country, with 70% market share in NSW for domestic assistance and personal care, revenues of $234 million, over 4,000 staff and 51,800 clients. When that purchase was tipped into Australian Unity’ s existing home care business it made one humungous mother ship.

Not too long after that, Australian Unity launched into the NDIS with a bang and what should be significant economies of scale. Remember the TV ads during the Paralympics, people with disability sitting around a boardroom table?

So how are the economies of scale working out for Australian Unity in the NDIS? Their submission to the current Productivity Commission Inquiry: NDIS Costs gives some clues:

At a threshold level, Australian Unity is concerned that even businesses such as itself… may be driven to opt out of the sector during the upcoming critical transition years as they find themselves unable to sufficiently fund, let alone grow, their businesses under the current policy approach to funding, and associated support definitions and price settings. Already Australian Unity’s experience in the sector gives pause as to elements of the business’ long term sustainability.’Good on Australian Unity for telling it how it is and it is certainly not a unique perspective.

The bigger the organisation, the less agile it is to respond to insanely chaotic NDIS market conditions. A significant number of the biggies are haemorrhaging money and have no idea when the bleeding will stop. We are seeing lots of large disability providers currently cross subsidising or dipping into assets to stay in NDIS business. Worse still, as we’ve reported before, some are killing their organisation’s cultures (and futures) through death by a thousand cuts.

So, what are the strategies that work in the NDIS? To succeed, forget about size and:

Get focused: In one of our recent workshops we asked providers the question: Imagine you can reinvent your organisation: What would you do differently? The overwhelming response was: we would stop being all things to all people and specialise in areas where we can deliver great service and make money. Makes sense.

Go modular: if you are running multiple service types or larger geographic spreads, break these down into smaller cost centres; find out where you are losing money, grow what works and ditch the stuff sending you broke. Create multiple bottom lines.

Go Lean: build – measure – learn. When you build new, build the smallest viable service, don’t over-invest in infrastructure or other fixed costs. Measure and adapt to how customers respond.

Build capacity of participants, it’ s a win win, client focused systems (such as self-rostering software) and savvy participants combine to give you much less drama, better services and lower transaction costs.

Outsource or partner for stuff you are bad at, lose money on, or only do occasionally; like the services you will never make viable and head office functions such as marketing and HR policy development. and always…

Build Culture: lead through collaboration and engagement. Engage staff and participants, give everyone more autonomy, deliver better services and lower costs by focussing on the front line. Then staff and participants will do the (word of mouth) marketing for you. So, forget about growth for growth’s sake, it’s the dumbest strategy you can deploy.

Big organisations can succeed in the NDIS, but not if they keep drinking the Kool-Aid of economies of scale type thinking. Qantas did not just leverage its economies of scale when it hit trouble in an industry where prices were being driven down. Instead, it set up Jetstar to start again relatively small, build a new culture and adopt the processes required to be responsive and grow at low cost. Ignore the tired advice and focus on what matters.

Growth should not be the organisational goal, it will be the irresistible outcome of providing great service.